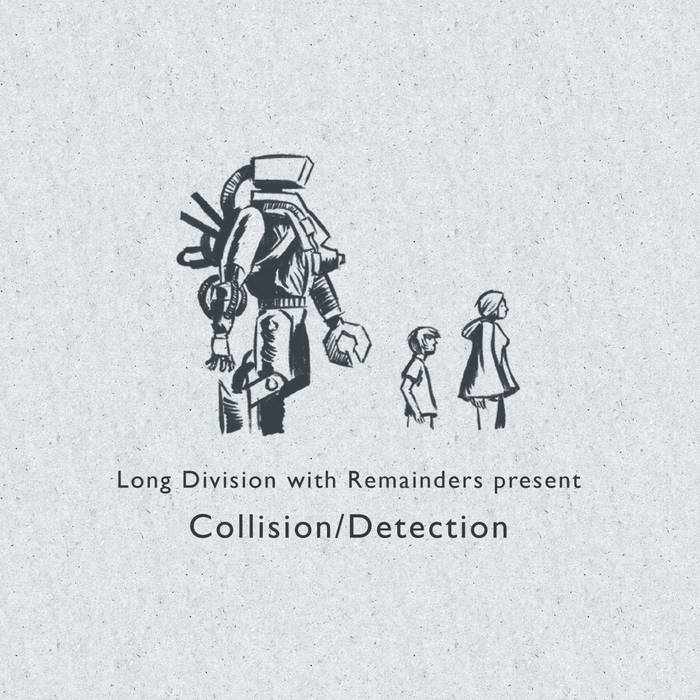 Nick Luscombe So much to explore across this expansive collection of truly alternative music....Beautiful package too...

madopal What. An. Artifact. The packaging on this is simply gorgeous, and the music is a wonderful collection of some of the neater abstract artists out today. Fans of mathy, haunty, IDMy, Ghost Boxy stuff will enjoy immensely.

Collision/Detection is the second experimental audio project from Long Division with Remainders (LDWR) which sees invited artists submit audio clips into a central pot, which is then distributed around the group for them to do with as they see fit, resulting in a series of digital EPs released across 2012 and 2013.

These EPs are now collected together for this 2 CD box set, presented in a bespoke package, letter pressed by Red Plate Press (redplatepress.tumblr.com) with artwork from Paul Loudon (www.paulloudon.com).

The limited first edition also includes an EXCLUSIVE bonus digital album containing new tracks by Collision/Detection contributors and the original sound clips which started the series (If you order from bandcamp, these bonus tracks are included in the download of the box set).